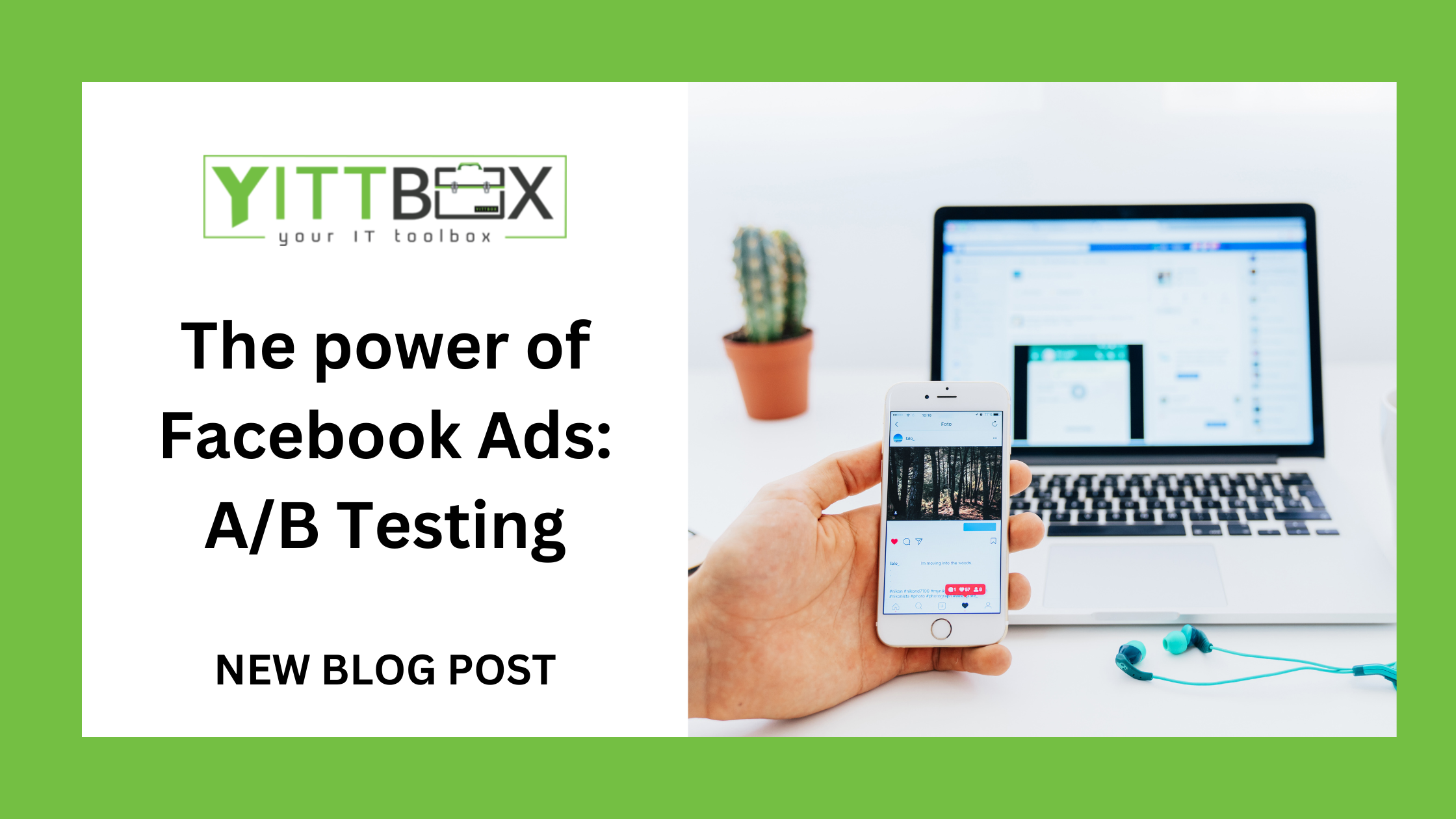 The evolution of marketing on Facebook has been nothing short of amazing. The social media giant first impressed the marketing world with its targeted advertising features where you can basically target the most specific categories under a population. So whether you want to target all women aged 30 living in Arizona or the same people but those who like romantic comedies, pizza, and have children aged 5 and under, it’s possible.

Remaining relevant to the fast-changing and dynamic advertising world, Facebook has yet another feature that makes advertising products and services as easy as possible–A/B Ads Testing

What is A/B Testing?

A/B Testing is also called split testing. It is a method by which you can know what type of ad performs better between two choices.

You might have encountered the dilemma of choosing between a video or an image for an ad. While many people say videos are better and have always outperformed images, you have reason to think that there are other factors that may affect their performances. For example, an ad about an ongoing discount promo may work well with images, but an ad about an event may work better with videos. However, all of these are just inferences until they are put to the test.

Split testing allows you to test these theories out. You can publish two or more versions of an ad with one variable to test which ad is more well-received by your target audience.

A/B Testing is not new. It has been around for a while as a tool for website developers. Split testing allows them to check which features make visitors stay longer on a website.

Facebook looks at the early results of your ads and comes up with a confidence percentage. It statistically computes which version of an ad will most likely be liable for your audience and base the winner on this.

What variables can you test?

The answer is pretty much everything. You can test your calls to action, copies, content format (image vs. video), ad placement, graphics, audience, and even products.

What are the benefits of split testing?

The biggest benefit of this feature is cost-cutting. If you would do trial and error with all the ad formats and versions you have in mind, you would be blowing away tons of money. By automating the process, Facebook saves you from this unnecessary expense.

In return, you have an increased conversion rate for a lower cost. At the same time, you can use the results of your A/B Tests to test your current marketing strategies.

How do you set up a basic A/B Test?

All the magic happens on Facebook Ad Manager. First, you have to figure out what you want to test. Ann then, you have to decide on what metrics to use to evaluate what constitutes a good ad performance. Set up your A and B versions. Run the test then evaluate.

You will have to go through a steep learning curve when running Facebook ads, but the good news is that Facebook also has automated this process for you. You can set up your split test and forget about it. Facebook will run the split test and automatically post the winner.

Whether you will ruin your split test manually or leave the process to Facebook, it is a feature that will surely help you fast-track your Facebook marketing success.